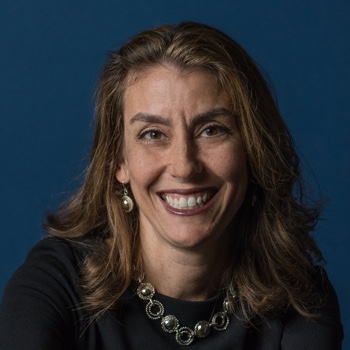 Workout, read more, build work/life balance… this time of year people make tons of new year’s resolutions. Ever thought of making new year’s resolutions for your brand? If you only pick one resolution, we’d recommend you commit to activating your brand purpose. It has been proven to build business, unite teams and make you feel great. And when you find the intersection between your brand’s purpose and a need for the world, you and your team are much more likely to commit to  your resolution.

As inspiration, here are two big needs of the world where your brand may be able to help. Consider these if they make sense with your brand purpose.

Not only is an accurate portrayal of women good for women, it’s also good for business.  Full gender equality in the workplace could boost the U.S. economy by $4.3 trillion in about a decade, according to the McKinsey Global Institute; by 2025, $12 trillion could be added to global GDP by advancing women’s equality. Further, the Association of National Advertisers’ (ANA) Alliance for Family Entertainment (AFE) says that realistic portrayals of women in ads increase purchase intent by more than 26%, brand reputation by 10%,  and ROI by 30%.

AFE has created a Gender Equality Measure (GEM) that quantifies consumer reaction to the treatment of women in advertising and programming. Strong GEM scores correlate to better ratings, purchase intent and ROI. These are the four variables that drive results:

An example of a brand that is doing a wonderful job portraying women accurately is Telefora. The brand created an impactful Mother’s Day campaign called “Love Out Loud.” It resulted in record sales for the brand.

To learn more,  check out #SeeHer, an initiative to increase the accurate portrayal of women and girls in all forms of communication, UN Women on Stereotypes Alliance to eradicate harmful stereotypes, and Free the Bid to guarantee women directors an equal opportunity to bid on commercial jobs.

The multicultural population makes up about 40% of the US population and yet most top US advertisers spend less than 1% of their ad budget on multicultural segments, according to the ANA. The World Economic Forum estimates that racial equality in the workplace could generate an incremental $2 trillion to the U.S. economy in about 10 years.

We are inspired by HP’s sustained focus on diversity and inclusion. As part of this effort, HP has launched four “Reinvent Mindsets” ads targeted toward African-Americans, women, the LGBTQ community,  and Latinos. As a result of HP’s commitment, it now boasts one of the most diverse boards of any technology company in the U.S. and an increasingly diverse and talented workforce.

Nike continues to activate their purpose to “bring inspiration and innovation to every athlete” through their offerings and communications. For example, they introduced a performance hijab for Muslim woman and this remarkable ad.

If you are looking for more inspiration and a like-minded community, you should connect with the ANA Alliance for Inclusive and Multicultural Marketing (AIMM).

As you activate your brand purpose, think about how your marketing plans advance gender and racial equality,  and portray women and minorities accurately and positively. Purposeful resolutions are ones you can stick with year after year. They will keep your brand young and fit. Which will give you more time to get to the gym.

Business How Big Brands Can Win Versus Story-rich Craft Brands